GemArts is delighted to share information on one of the largest gatherings of artists, organisations, pundits, policymakers, funders and fans of dance under one roof.

A trailblazing conference that seeks to stimulate, steer and secure the future of South Asian Dance as part of the UK’s ever growing dance landscape.

Produced by New Dimensions Arts Management in partnership with Sampad Arts, Navadisha 2016 will pose questions that are crucial for South Asian dance today. It also celebrates breakthrough achievements and exciting developments in and around the sector during the fifteen years since Navadisha 2000, which launched a whole new chapter in the history of South Asian dance in the UK. Navadisha 2016 (meaning ‘new directions’ in Sanskrit) will undoubtedly re-affirm South Asian dance, which so many of us encounter, work with or simply enjoy as a vital part of British dance.

The three day programme will cover a range of topics from artist and audience development, to advocacy and functioning in a competitive environment. The programme aims to provoke dialogue on contemporary issues impacting South Asian dance creation and distribution, and demonstrate models of multifaceted, innovative excellence.

Alongside the stellar list of industry leaders who will share their knowledge and wisdom, there will be exemplary showcases, performances, films and exhibitions, a vibrant market place for ‘pitching’ opportunities to potential promoters and investors, as well as networking opportunities.

On the 40th anniversary of Naseem Khan’s ground-breaking report ‘The Arts Britain Ignores’, Navadisha 2016 will fire up debate about the state and status of South Asian dance in Britain’s cultural cosmos, and the changing nature of its dance audiences. It will uncover new talent, new models of excellence and new ways of working with dance in all its many avatars.
Navadisha 2016 will proudly felicitate Naseem Khan and her historic contribution to the diverse arts & cultural agenda and policy in the country, and honour senior dance gurus Pratap Pawar, Nahid Siddiqui, and Pushkala Gopal, who have, in turn, inspired and imprinted upon generations of students, dancers, teachers, and the very story of South Asian dance in the UK.

Full details of the conference programme, speakers, panellists is available at http://navadisha2016.co.uk

As part of Navadisha’s partnership with International Dance Festival Birmingham (IDFB 2016), the Festival has specially programmed a weekend of South Asian dance by international artists. For full details visit http://www.idfb.co.uk

Vaisakhi is a long established harvest festival in Punjab.  It falls on either the 13th or 14th April every year. Vaisakhi is one of the holiest days in Sikhism, commemorating Khalsa, and it marks the Sikh New Year.  It is also observed with different significance attached to it in different parts of India.

Vaisakhi is one of the biggest celebrations of the year for the Sikh community.  It is one of the holiest days in Sikhism, commemorating KHALSA, the establishment of the Sikh religion. Guru Gobind Singh, the tenth guru of the Sikh founded the Khalsa at the Vaisakhi gathering is 1699 at Anandpur. Guru Gobind Singh had arranged for followers from all over India to meet him at the Vaisahki fair in Anandpur.  He asked for five people to come forward who were willing to die for their religion. After the prayers he sprinkled AMRIT – water with sugar (strength must always be balanced by sweetness of temperament) and stirred with a steel sword (symbolising the need for strength). He declared them to be the first members of a new community of equals, to be called Khalsa, meaning pure. They will dedicate their lives to the service of others and the pursuit of justice for people of all faiths.  These five people were called the PANJ PYARE, and were asked to wear five distinctive symbols of their new identity, the five ‘k’s and a turban.

TURBAN: The turban has great significance in Sikhism. Apart from looking smart and handsome, it is considered the CROWN of a Sikh. It is true to say that without a turban there is no Kaur or Singh just as without a crown there is no king or queen.

To end social divisions, the Panj Pyara’s surnames were removed by the Guru, mainly because surnames were associated with ones cast – the Guru gave them (and all Sikh men) the name SINGH, meaning the “lion”, a reminder of the need for courage.  At the same time, the Guru gave all Sikh women the name or title Kaur, meaning “princess” to emphasise dignity and complete equality. The Guru then knelt below the five and asked them to initiate him. Hence, the Khalsa became a community in which master and disciple were equal.

Vaisakhi brings a unique message of tolerance, harmony and equality amongst Sikh communities. In a modern day society, it is clear to observe the equality amongst all citizens, regardless of their class, colour and gender through Sikhism. By working together communities can strengthen themselves with a wide understanding of the rich diversity they are surrounded by.

As far as farmers are concerned, Vaisakhi is not a religious occasion for them, it is the time to harvest the crops especially wheat. On Vaisakhi farmers thank God for the beautiful crop and pray for good times ahead. People buy new clothes, sing, dance and enjoy the best of festival food.

For more information on our Vaisahki Celebrations event taking place on Saturday 23rd April visit here. We’ll see you on the dance floor! 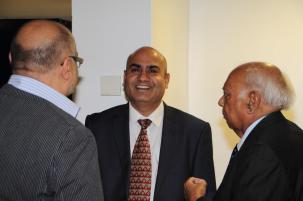 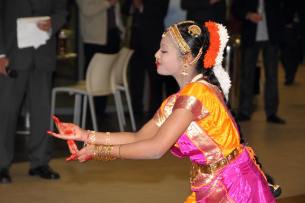 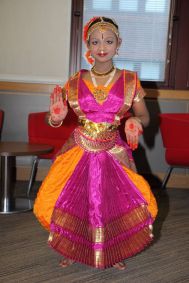