by Bobby Tiwana, curator of Changes: Stories on the edge. 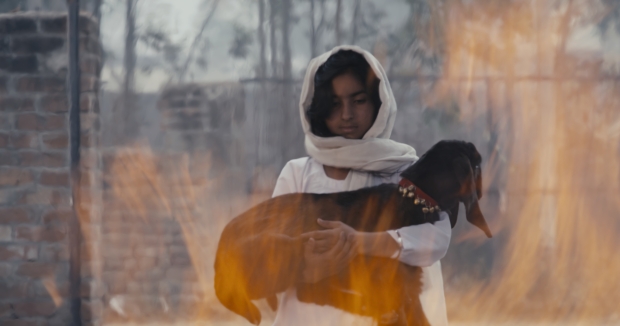 I was chuffed to be invited back by Vic and the team at GemArts to put together another film programme for the second summer Masala Festival. Working together on ALIVE! last year was rewarding and much fun, and helping launch GemArts brand new summer festival with South Asian LGBT shorts from across the globe was very exciting.

This year’s theme, which had been brewing for some time, is CHANGES – stories about personal and political conflict.  Much has happened in the world especially for us personally in the UK: the EU Referendum, and now Brexit. And more globally, the election of President Trump; the era of post-truth and social media vacuity; and the ongoing dead-end conflicts in various parts of the world with no real progress or resolution. This year also marks 70 years’ since Partition, Indian Independence and the creation of Pakistan, so it feels timely to reflect on the state of South Asia and its legacy. How does the exterior world today affect us in our domesticity: daily rituals, schools, homes, love and minds?

I set myself the task of identifying South Asian content where characters are on the cusp of change due to yesterday or today; and consequently tomorrow will never be the same. The programme includes 6 highly commended and award-winning shorts from Canada, India, Sri Lanka and the UK, with narratives situated in all of these countries and Pakistan.

Still from Mouth of Hell

Childhood is a major theme in three films. HEER (by Honey B Singh) is set in gentle rural Punjab (India). The character Heer finds solace in her kid goat Moti during a difficult time in her life. In MOUTH OF HELL Anant’s instinct for survival leads him to the kind-spirited Sushila with life-changing consequences, set in the Indian interior of Jharkhand (by Samir Mehanovic). Farooq and his Ammi (mum) display a tremendous affection for each other as he tussles with her over his young emotions in THE SCHOOL BAG (by Dheeraj Jindal), set in Peshawar (Pakistan).

Watch the trailer for Mouth of Hell here.

Noma Dumezweni in Out of Darkness

OUT OF DARKNESS is a story told by nine actors. British South Asian writer and director Manjinder Virk has created an arresting work in monochrome where each actor brings their humanity to the fore. We learn about a significant event in the character’s past which has led them to do what they do today. Performed by a sterling cast of British talent.

Watch a trailer for OUT OF DARKNESS here.

RETURNED is part of a new wave of filmmaking (by Vathees Varunan) attempting to make sense of post-war Sri Lanka after 26 years’ of conflict. The male protagonist played by actor Jayampathi Guruge rises out of the sand like a creature hibernating, waiting for the turmoil to pass. He enters a beautiful, bare world of gentle madness culminating to music by Kapila Poogalaarchchi.

SISAK is a love letter to my former younger self. A chance encounter between two men on an evening train in Mumbai (India) leads to a daily intimate episode to play. They appear to be from different worlds of class and mobility yet are drawn to each other by one of nature’s most potent emotions. Set to an original score by Dhawal Tandon this is a beautifully tender and vital piece of storytelling, by Faraz Arif Ansari in a country which still criminalises sex between men.

Listen to the beautiful score by Dhawal Tandon here.

The films will be followed by a post-screen discussion with industry professionals facilitated by myself, Bobby Tiwana.